In our article 'Marble for Rome' we told something about the supply of the marble that was transported from various marble quarries in the empire to Rome and about the problems and corresponding solutions that arose during the transport and processing of these heavy loads.
Of course, this was not only true for Rome. As well-known, the Romans tried to turn every important city in the conquered territories into a 'Little Rome'. The cities were soon populated by Roman citizens who, like their peers in Rome, were also entitled to luxury facilities such as temples, baths, villas and theatres. So they had to build there too, and especially with marble. Large ships loaded with blocks of marble sailed not only to Rome but to all corners of the Roman Empire. Thus also to Italica1, the city founded on the Iberian peninsula especially for the Roman veterans of the Second Punic War.
The use of both imported and local marble in Italica and the role of the harbour is the subject of this article written by Eric Taylor.

According to the Greek historian Appianus of Alexandria2, the Roman city of Italica was founded in the year 206 BC by Publius Cornelius Scipio. It was the first city on the Iberian peninsula built by the Romans. Very soon after her construction Italica developed into a prosperous city with a harbour for the import and export of all kinds of goods including minerals and…..marble.
Italica, with an old republican part (Urbs Vetus) and a new part from Hadrian's time (Urbs Nova), is currently buried under the modern city of Santiponce. Excavations of the Roman city date back already to the eighteenth century and are still going on. We know that the emperor August started a large building programme in the old city including the construction of a large amphitheater and also the emperors Trajan and Hadrian, both born in Italica, embellished the city with public buildings and temples.
The marble needed for this came from all over the Roman Empire but also from the Iberian Peninsula itself, just around the corner from Italica: the quarries of Almadén de la Plata. Let us first look at where the imported pieces of marble that were transported to Italica came from: 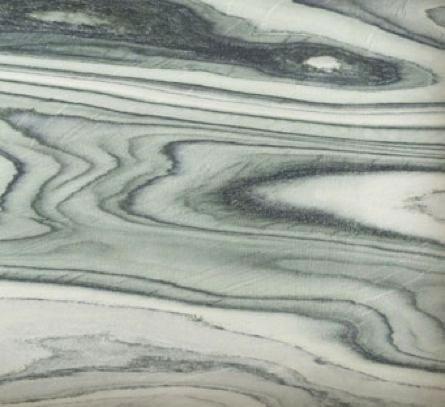 Marmor carystium (Cipollino verde). One of the most common types of marble used in the Roman Empire. This marble was mined in the quarries near Karystos. It appeared in various shades of green and was used for monolithic column shafts and for slabs of wall dressing. 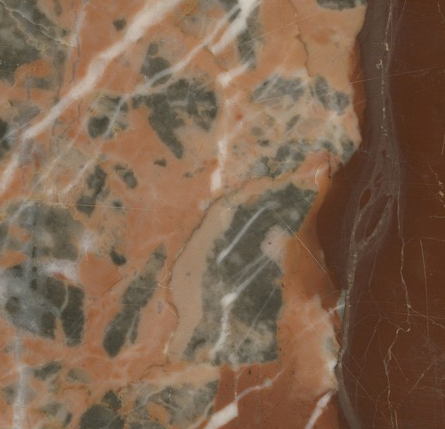 Marmor chium (Chios breccia also called Porta santa) was another marble from Greece. It was mined on the island of Chios. This was breccia with a variable appearance, often red with clasts of paler tones. 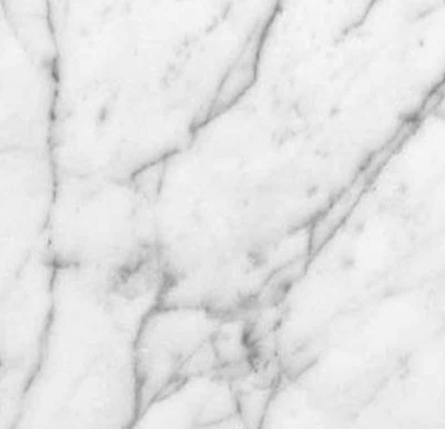 Marmor lunense (luna marble). Mined in several quarries in the Apuan Alps (Italy). White marble and mottled bluish-gray. It may present shades of cerulean blue or, as in the case of the Calacatta, golden white tones. It was one of the most used materials for superior works of art in Rome and the rest of the cities in the Roman empire. 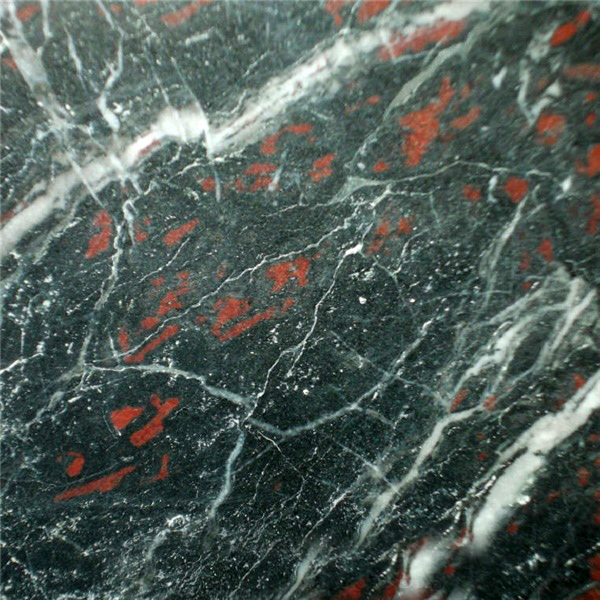 Marmor lucullaeum (Africano marble) Mined at Sigacik near ancient Teos in Turkey. From pink to red and immersed in a dark cement. It takes his name from the consul Lucius Licinius Lucullus, who introduced this marble to Rome during the first century B.C. 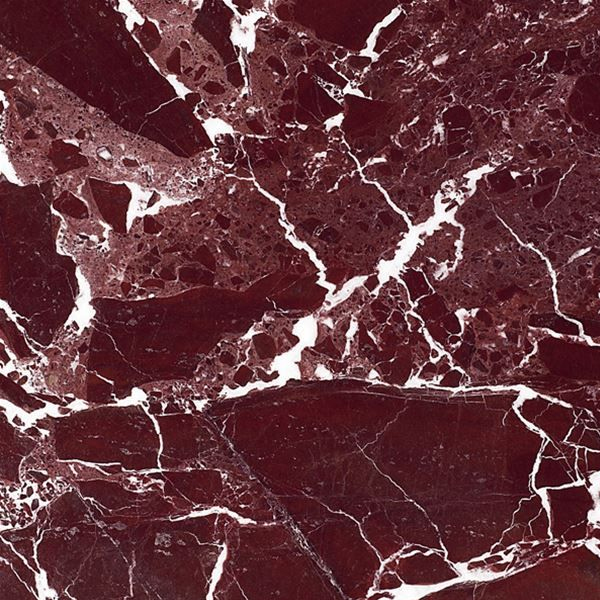 Marmor Taenarium (Rosso antico) From the quarries of Kyprianos. A fine-grain, pink to deep red marble with occasionally thin black veins and white markings. Rosso antico marble was used for sculptures especially for Dionysian subjects because of its wine-coloured tones. 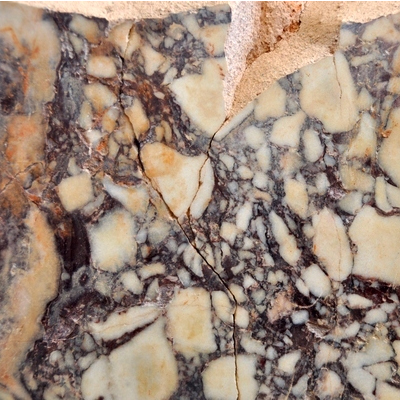 Marmor Phrygium, or marmor Docimenium (Pavonazetto3 or Docimaean marble). This marmble is, among other places, mined in Afyon in Phrygia (western Turkey) and besides fine-grained white the marble can be red and purple with bluish or yellow tints. It is cited as the most costly marble after red porphyry and serpentine. 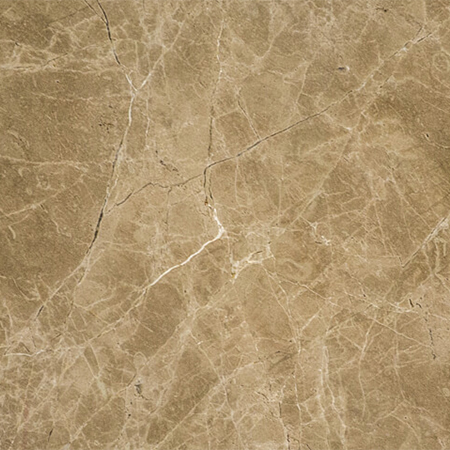 Marmor Numidicum (giallo antico) from Chemtou in eastern Tunisia. Yellow marble with red or pink spots or veins. One of the most used marbles in the whole of the Roman Empire. 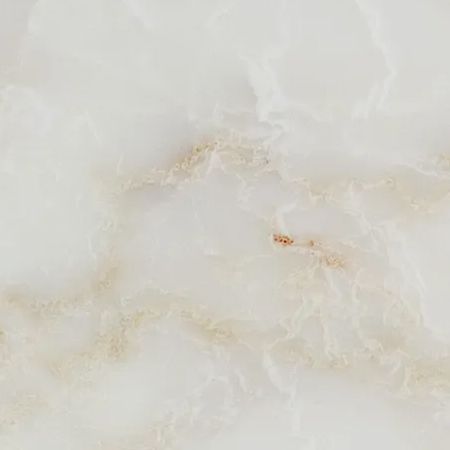 Marmor scyreticum (Settebasi). From the quarries of Skyros. A variety of coulours, from brown to whitish with clasts that range from very pale tone to red. The most prized variety is called Semesanto.

The Almadén de la Plata Quarry
Near Almaden de la Plata, on the road to Real de la Jara, is a hill with marble quarries that have been exploited since antiquity. In Roman times, for the people of the small, local settlement it was the main source of wealth: hence its name, Pagus Marmorarius (Village of marbles)5.
The quarries of Almadén de la Plata have been considered as the most important ones of the provincia Hispania Ulterior Baetica6 and became the only ones in Hispania that could have been, like many other quarries in the Roman empire, imperial property. Obviously large quantities of the locally mined marble from the Almadén de la Plata mines were used in the development of Italica.
Some years ago, research was carried out into the extent to which imported versus local marble was used in Augustan age in Italica7. Therefore they studied 52 pieces of ‘Cipollino verde’ marble found in the amphitheater of Italica: nine small fragments of artefacts of various kinds8 and forty-two columns still in situ.

The amphitheater dates back to the age of August but knew three building stages. The last one in the second and third century AD, the severian age, when, notoriously, few funds were available.
A fact was that after the second century a significant increase in Iberian stone production was needed, to satisfy the increased demand of less expensive marble for private buildings9. Indeed, archeological data shows that the last construction phase was certainly characterised by the use of less expensive stone materials and many of the shafts made of “Cipollino verde” show evidence of fractures, some of which were repaired in the quarry. In addition, pieces from ancient dressed statues were widely used as raw material for building e.g. the proscaenium fountain, as well as marble slabs of various kinds for floors and niches10.

The analytical results of the aforementioned research proved that 25 samples came from the Apuan Alps in Italy, 6 from Macael in the Southwest of Spain and 20 from Styra and Pyrgari in Greece. Among these samples no marble from the Almadén quarries have been found.

Obviously large quantities of the locally mined marble from Almadén de la Plata must have been used in the development of Italica. Certainly in the second and third century AD and before that time Almadén marble had to be transported via the harbour of Italica to other places in the Roman Empire. So, the journey of this marble started anyway in Cerro de los Covaches and was brought to Italica were it was exported by ship or stayed for use in Italica itself.
A number of routes have been proposed suggesting how marble from the mines was moved from Cerro de los Covachos to Italica.
One of the more important western routes, the Camino and Toscana, runs via El Garrobo. Further east is the Sillieres route that runs via Castiblanco de los Arroyos and Giullena. Both of these routes end up at the port of Italica. A third route has been suggested that runs from Cerro de los Covachos to Italica via the busy river ports of Naeva and Ilipa, but the first two routes mentioned seem to have been the most direct.

Transportation of large pieces of marble was always difficult as we could read in the article ‘Marble for Rome’. In Italica one needed storehouses. Routes for transportation without obstacles had to be arranged to bring the marble to the several construction sites. For export the marble the blocks had to be transhipped into ocean-going vessels.
Like in Rome not every piece of marble could be processed immediately at the building site and was probably first modelled in special workshops outside the construction places. This also occurred with imported marble. Therefore it’s not surprising to find marble workshops in Italica. Apart from cutting marble blocks for new constructions, the workshop re-used marble, much of which had been left over when the Traianeum was built.

Marble was cut manually by two men using a saw, the actual cutting being achieved by iron saw blades exerting pressure on Ethiopian sand on the marble surface. According to Pliny the Elder, Indian sand is second in quality! Interestingly, Isabel Roda13 describes how the marble was also cut using a water driven machine operated saw, adding that such a modest installation should not have such advanced equipment.
All the materials that passed through the workshop could be identified as having been mined at the most important quarries of the Roman world. These were the quarries controlled by the Emperor and it is safe to assume that the white marble from the Almaden mines could be included within this category.
The larger marble blocks showing the remains of sawing bands, or those being prepared for final finishing, arrived at the workshop having previously been cut by the machine operated saw.
An inscription found in Italica, which can be dated to the Severan period14, documents the existence of a statio serrariorum Augustorum15 there. The epigraph states that M. Caelius Alexander offered a tabula marmorea (marble plate) to the statio serrariorum Augustorum 16. This inscription was found in the vicinity of the harbour.

At the same time in the third century AD the workers could be found in the small workshop of the casa de la Cañada Honda along with Cocceius Indianus18 who was involved in decorating the theatre in the Vetus Urbs (the old city).
The fact that Italica had such workshops, filled with blocks of marble from the Roman Imperial quarries, justifies the title of statio serrariorum Augustorum. It was proposed that these workers practising their trade should form a collegium that was to be located in an area outside the walls, between the city and the location of where the Monastery of San Isidro would be built, and not far from the dock where the marble blocks would be unloaded.