Introduction to a less-known Roman Port in Spain1.
Málaga, Spain. A city on the south coast of Spain (Costa del Sol) and particularly well known to tourists. Although the colony of 'Malaka' was already founded in 770 BC by the Phoenicians, most tourists know the city from its nearby airport on the way to their sunny beach holidays. However, Málaga has a very rich history from which unfortunately only a few witnesses survived.

From the 6th century BC it was under the hegemony of Carthage. From 218 BC, after the Carthage was defeated during the 2nd Punic War, the city became a part of Hispania Ulterior, ruled by the Roman Republic. The Romanization of Málaga was, as in most of southern Hispania Ulterior, effected peacefully through the foedus aequum; a treaty recognizing both parties as equals, obligated to assist each other in defensive wars or when otherwise summoned.
During this period, under the rule of the Roman Republic, a harbour was built and the Municipium Malacitanum, located just before the columns of Hercules (Street of Gibraltar) became an important transit point connected with the Via Herculea (coastal road from Gades to Narbo Martius in France). This revitalised the city both economically and culturally by connecting it with other developed enclaves in the interior of Hispania and with other ports of the Mediterranean Sea.
With the fall of the Republic and the advent of the Roman Empire, the territory of Malaca was framed administratively as one of four legal convents into which the province of Baetica, newly created by order of Caesar Augustus, was divided. Baetica by this time was rich and completely Romanised.
At the end of the 1st century during the reign of Domitian it was federated with the Roman Empire as Malaca. The emperor Vespasian rewarded the province by granting it the ius latii, which extended the rights of Roman citizenship (latinitas) to its inhabitants, an honour that secured the loyalty of the Baetian elite and the middle class.

According to the Greek geographer Strabo, the city had an irregular plan, in the manner of the Phoenician cities3.
The Romans began the construction of important public works: the Flavian dynasty improved the port and Augustus built a theatre. The emperor Titus granted Malaca its privileges as a municipality.
The Roman theatre, which dates from the 1st century BC, was rediscovered by accident in 1951. The theatre is well preserved but has not been completely excavated. The Augustan character of the inscriptions found there date it from this period. The theatre appears to have been abandoned in the 3rd century, as it was covered with a dump rich in small finds of the 3rd–4th centuries. The upper part of the stage was not covered, and its material was reused. From the ancient Roman harbour, as far as we know, nothing survived.
The great Roman baths, remains of which have been found in the subsoil of the Pintor Nogales and the Cistercian Abbey, also belong to this period, as well as numerous sculptures now preserved in the Museo de Málaga.
The economy and the wealth of the territory were dependent mainly on agriculture in the inland areas, the abundance of the fishery in the waters off the coast, and the productions of local artisanal works. Among noteworthy Malacan products for export were wine, olive oil and the garum malacitano, a fermented fish sauce famed throughout the empire and in demand as a luxury item in Rome.
In 2016 a new witness from Roman times has come forward! Read the whole report of Jesús Hinojosa, published by the Spanish Newspaper SUR on monday 13th of November4. 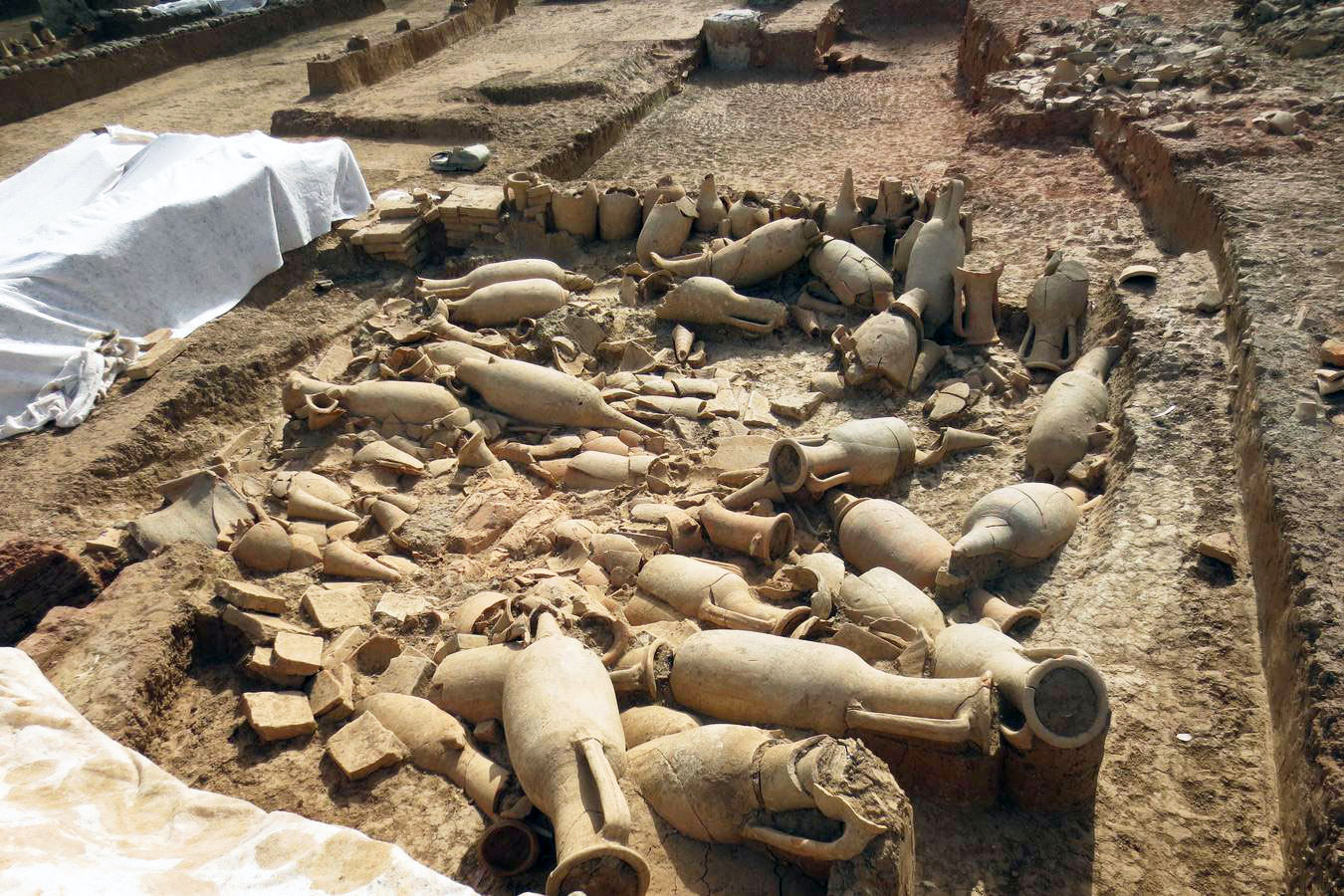 The City Council wants to put in value the remains found last year during the excavation of several basements for parking. No one could suspect that so relatively far from the ancient city to find something of this magnitude. The archaeological remains found last year during excavations for a planned residential project showed that this place was home to an important pottery industry of the Roman who, mysteriously, ceased its activity leaving largely intact ovens and stacked amphorae.
This newspaper has been able to have access to a full photo gallery of the remains of this ceramic complex, which could be in operation between the first and fourth centuries AD. The images show the importance of the find. 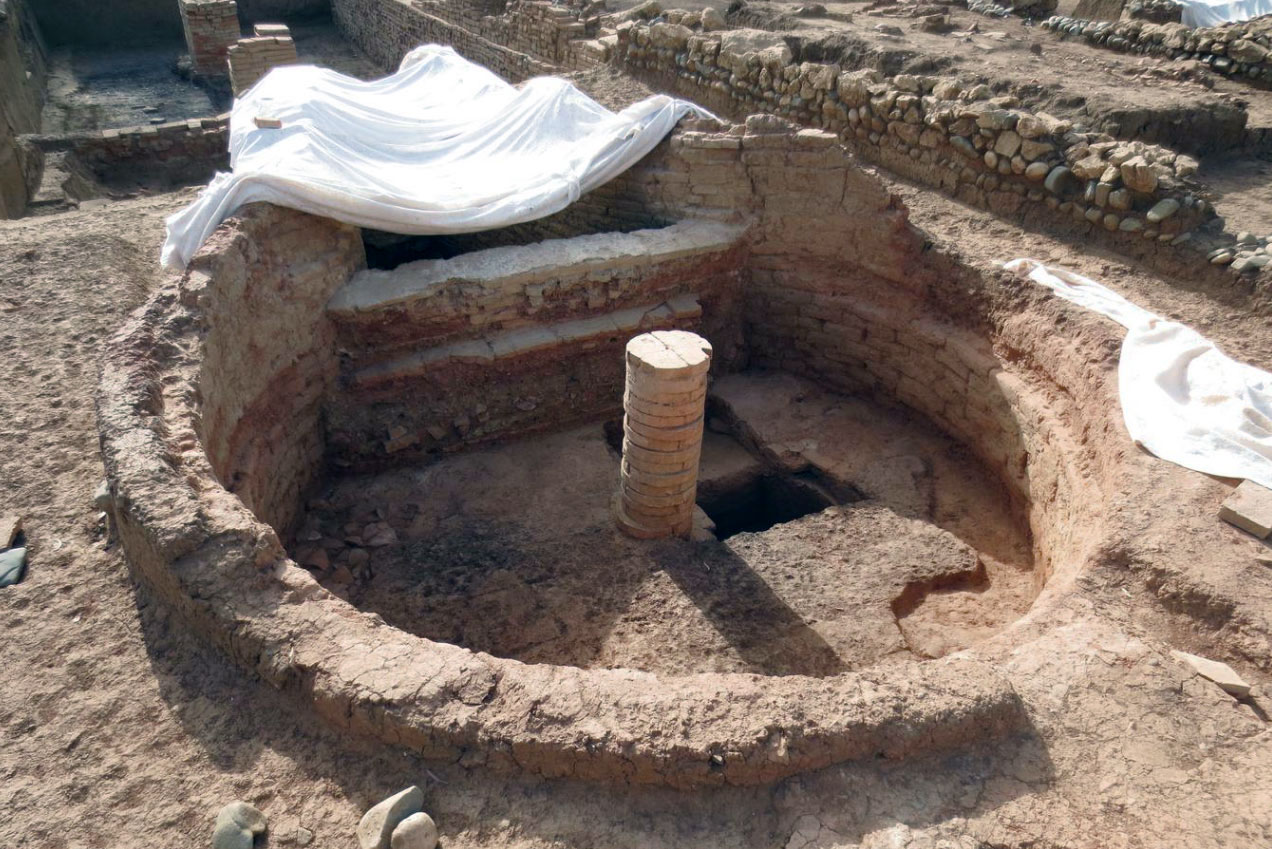 The main oven of large dimensions can be seen with its round combustion chamber with a round spindle in the middle. Also other kilns of smaller dimensions and in the background cleaning basins that accumulated mud to make the purest clay have been found.
The main oven, in which were manufactured salsarias amphorae, may date from the first century AD. There were also service areas annexed and large naves around. In the 2nd century the space was renovated and two new furnaces, two cleaning basins and one water basin were built.
We also found a path that leading to a necropolis with incineration and burials, and an infrastructure for bringing water, supported by pillars. The proximity to the runway of the Guadalmedina (the former river from Roman times) made Malaga to opt for this place to establish this important pottery factory which, inexplicably, ceased its activity.
According to the archaeologist responsible for the company that conducted the excavations, the archaeological research workshop, Ana Arancibia, there were no traces that floodwater from the river or some natural disaster had caused the closure of this pottery industry. "We don't know what happened, but it is clear that we face a unique find in the province of Málaga, which, if I put in value, would be a point of attraction for the area of Martiricos", one of the experts said. 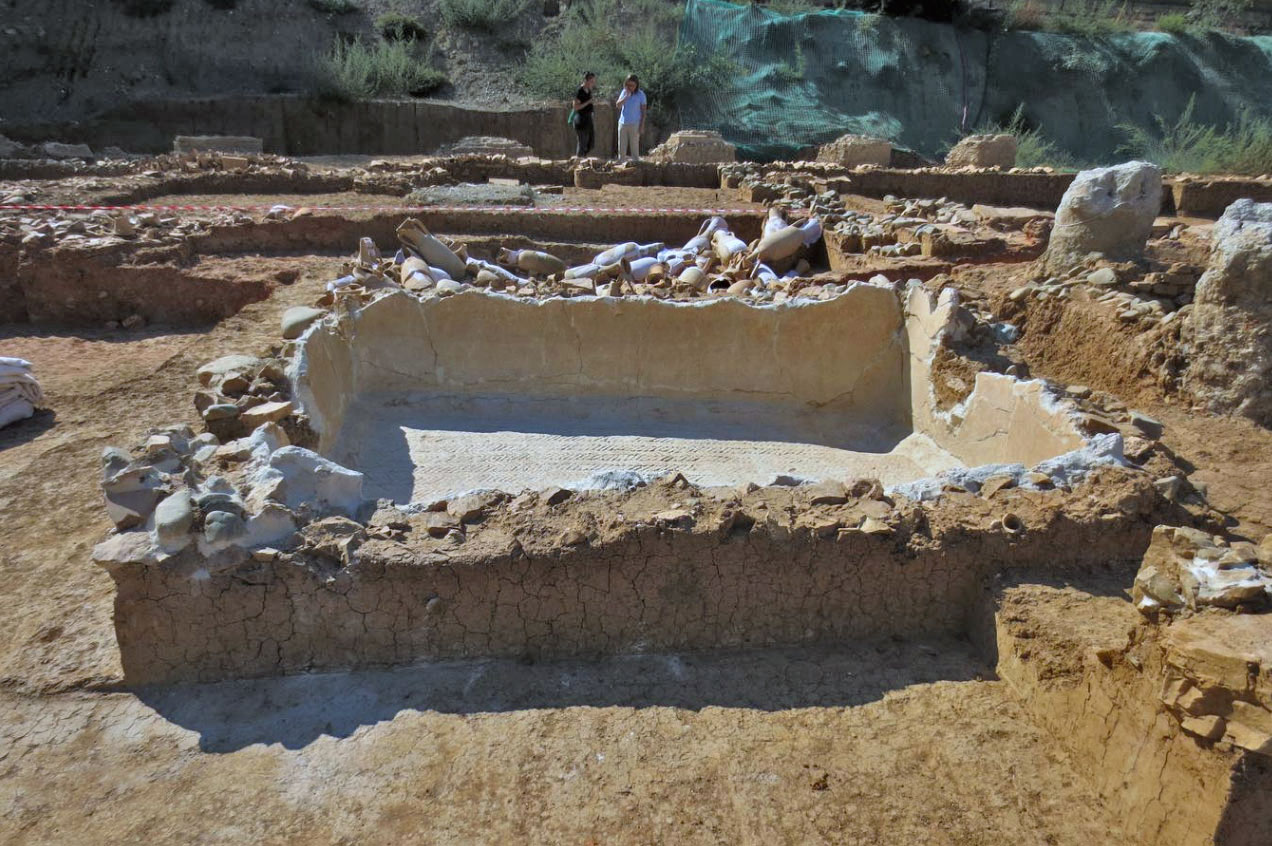 The Ministry of culture ruled the documentation and the remains have been covered with a layer of geotextile to keep them buried under the patio or garden of the future building that is planned in this area. Marks are placed in the basement, so that the place of the findings will be respected. The Town Hall, especially the section of archaeology of the Municipal management planning directed by Carmen Peral, has the intention that this 'treasure' of the city's past will be highlighted in some way, so that it can be visited and known by the people of Málaga.
The developer of this residential operation, space Medina, confirmed that the presence of these remains will not affect the construction of the residential building in any way. No building will be erected above them, because the remains shall lay under a square. 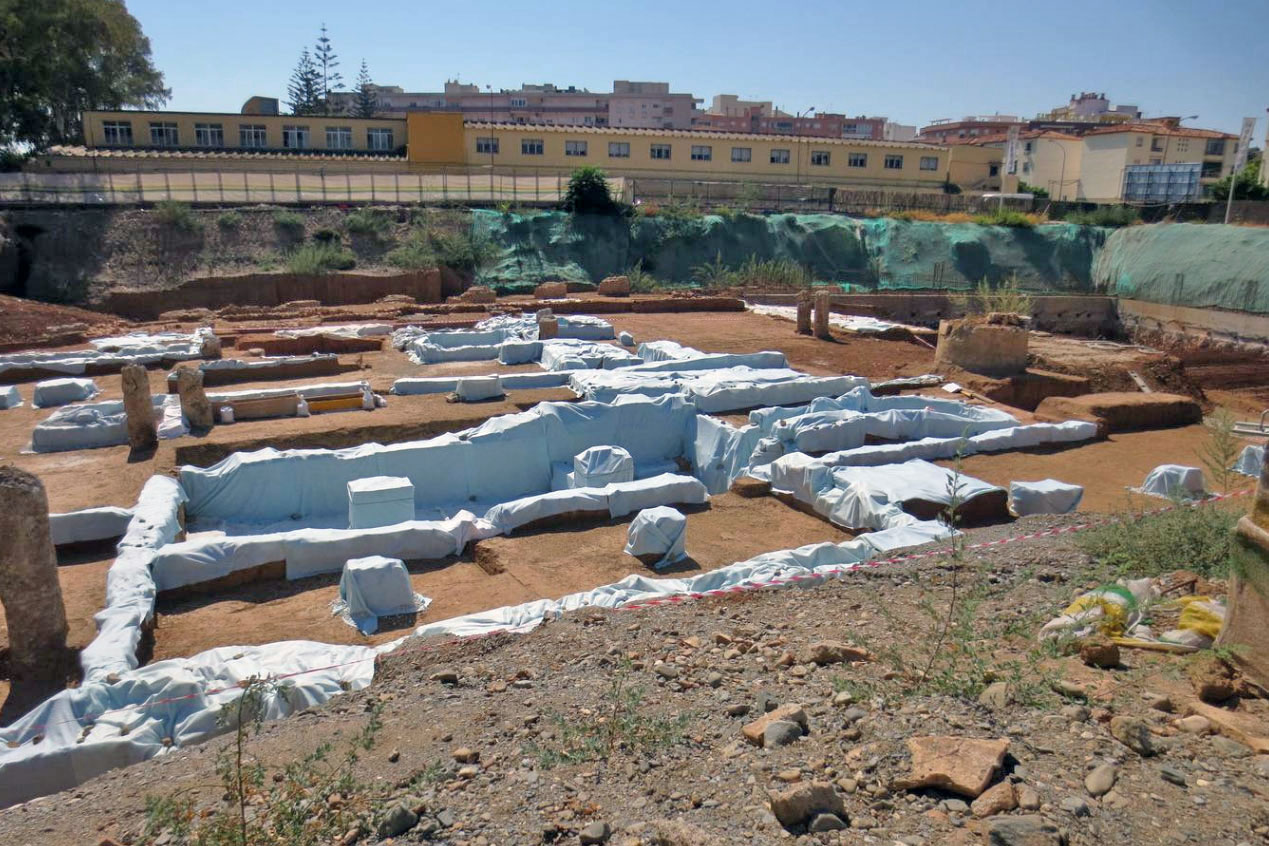