In the centre of London, 200 metres from London Bridge, the famous Borough Market, and a few metres from the important museum of contemporary art, the Tate Gallery, archaeologists have found an astonishing Roman mosaic where the Roman city of Londinium once stood. The discovery by archaeologists from the Museum of London Archaeology (MOLA) came during excavations as part of the construction of a regeneration project aimed at youth initiatives, near the Shard, one of the tallest skyscrapers in Europe, designed by Renzo Piano. 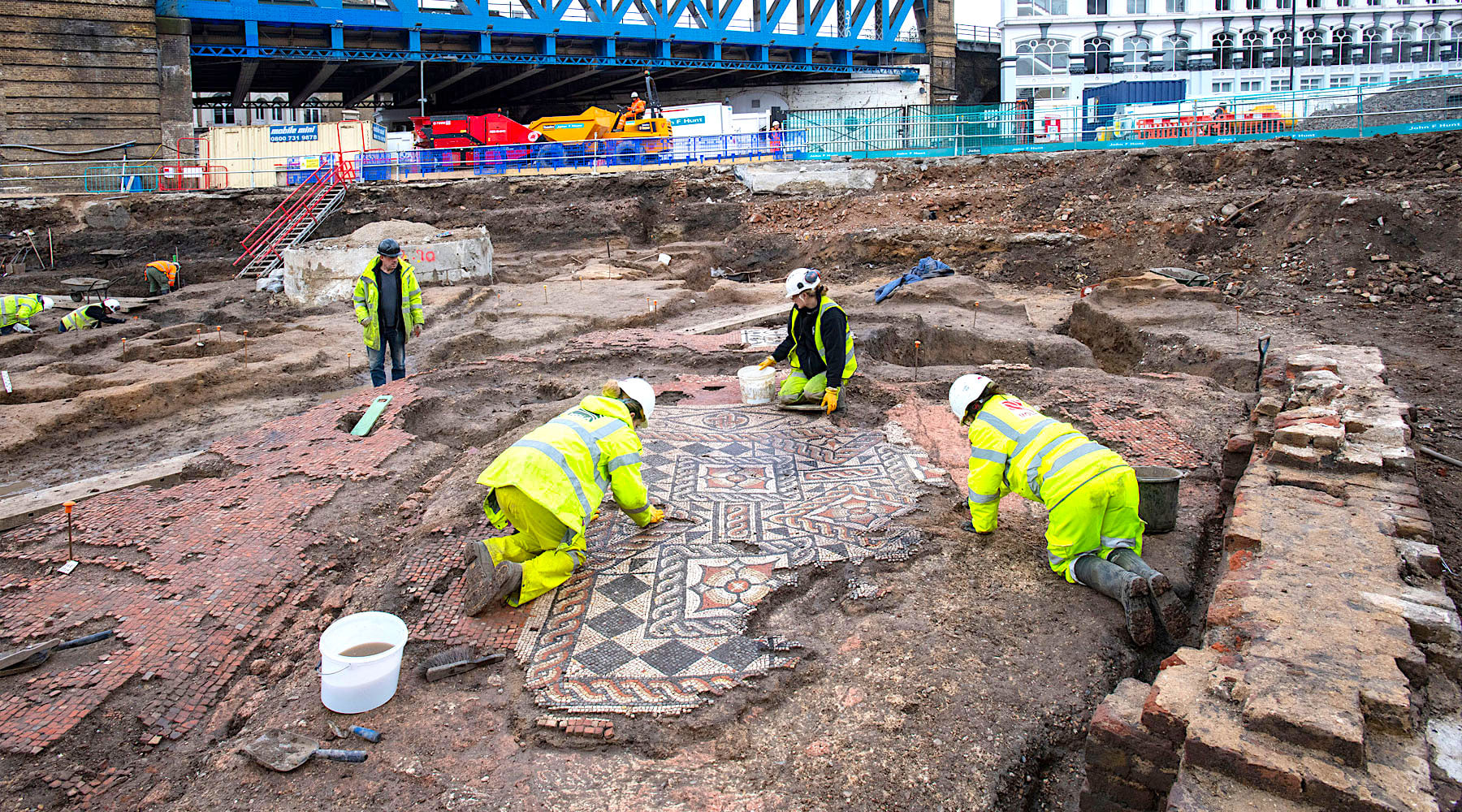 This mosaic is the largest to be found in London for more than half a century, and was unearthed at a site believed to be a place where high-ranking Roman officials could laze about while food and drink were served. It was discovered just a month ago, after the Christmas break, precisely on a building site next to a car park on the corner of Southwark Street and Redcross Way. The eight-metre long mosaic will be lifted by the end of the year for conservation work, and placed in one of London's museums for public display.
The two panels of which the mosaic is composed are highly decorated and feature large, colourful flowers surrounded by bands of interwoven threads, a pattern known as guilloché. There are also lotus flowers and several geometric elements, including a motif known as Solomon's knot, which is composed of two intertwined rings. The style of the mosaic is highly prized, and rare in the provinces of Roman Britain.
Archaeologists believe that the room containing the mosaic was a triclinium, a room in which lunch was served in the homes of the ancient Romans, and contained sofas on which people reclined to eat and drink, and may have been part of a Roman mansio, a kind of luxury 'hotel' of the time.
The largest mosaic panel can be dated to between the late 2nd and early 3rd century AD, but traces of an earlier mosaic have been found underneath the one currently visible, showing that the room has been remodelled over the years.
Excavations in the area only began last summer, and it seems that many discoveries will be made in the near future, as there is thought to have been a large complex around a central courtyard in these fine houses on the outskirts of the Roman town.
A number of extremely important mosaics have been discovered in London, including the Bucklersbury mosaic discovered in 1869 and now in the Museum of London, and the Leadenhall Street mosaic floor found in 1803, now on display in the British Museum.
Londinium was founded by the Romans around 40 AD, a portion of today's London that is now part of the City, at its height had about 60,000 inhabitants. The city contained a large forum and basilica, one of the largest in the Roman Empire north of the Alps, several bathing complexes and temples, an amphitheatre for gladiatorial games, the Governor's Palace, and many terraced houses, the domus, and was developed along a stretch of the Thames, even then a navigable and strategic junction to the sea. 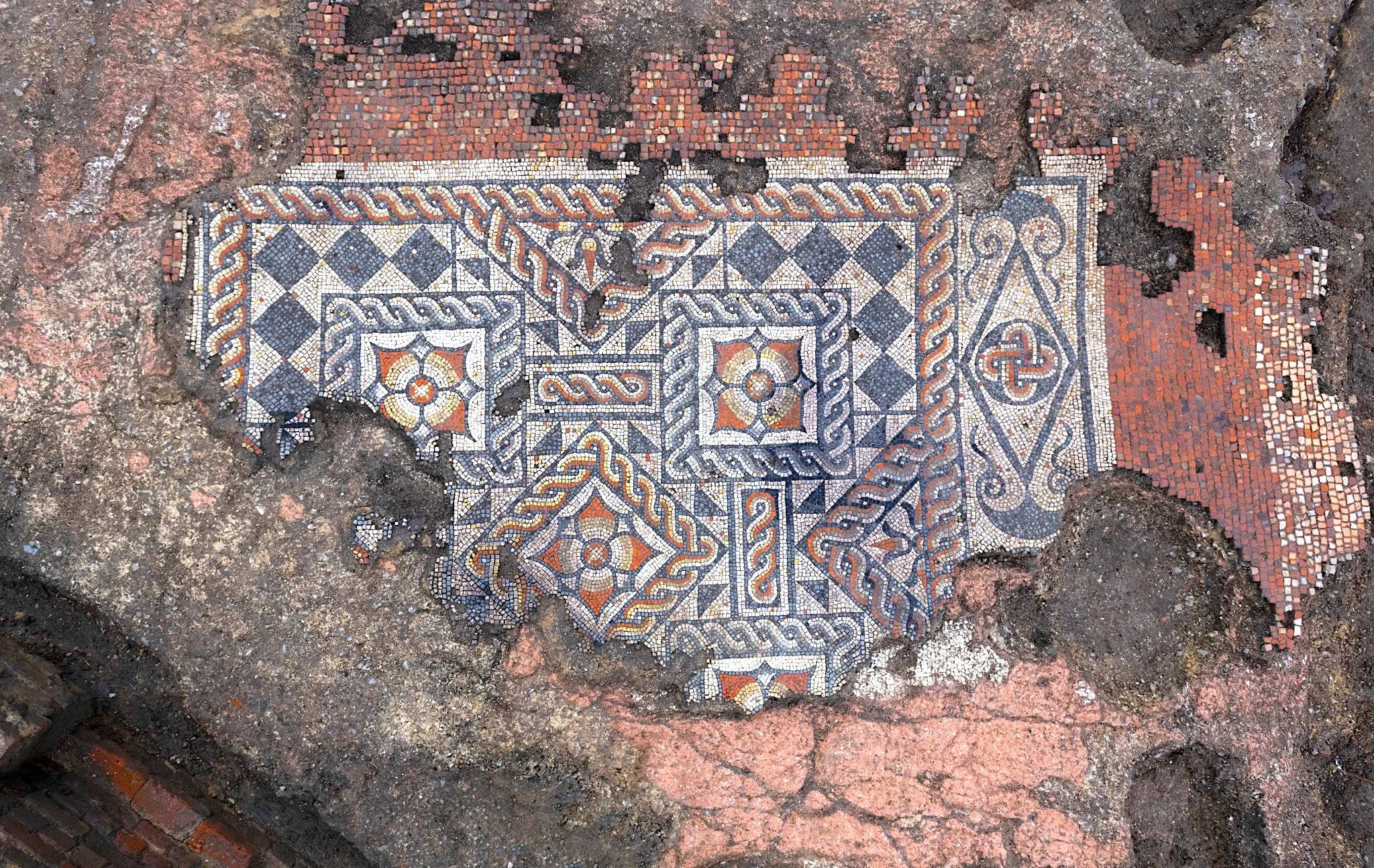